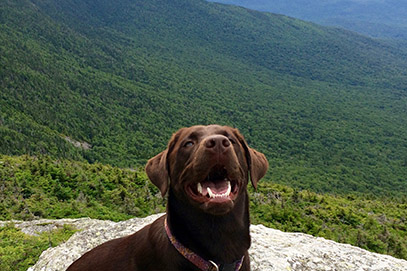 Bear Bartnick cut his teeth on rawhide chewys and the mean streets of Burlington, Vermont. He began his career in a humble office on the corner of King and Battery Street and started assisting on cases during the summer of 2014. He quickly showed an affinity for the toughest cases and a strong nose for sniffing out the facts. His current duties include greeting clients at the door and providing independent security to the agency’s vehicles.

Bear has been involved in some of the most talked about cases in Vermont, though he prefers to keep his nose close to the ground and let his work do the talking for him. He’s never been much of a publicity hound. He is a calming presence under his desk and puts clients and witnesses at ease with a gentle approach, (almost) never overstepping his bounds. Bear is ethical and empathetic, thorough and reasonable. He greets every day with a tail wag and every friend with a kiss.

When not hard at work, Bear enjoys long walks in the woods, swimming, yoga, and sniffing other dog’s butts. He is currently working on his first novel, 7 Years in a Year and his best selling memoir OMG! Did You Smell That? should be available in paperback in the Fall. 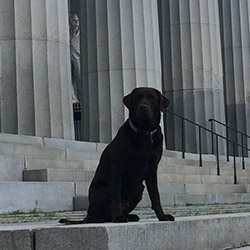 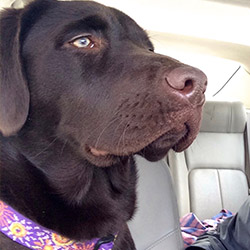 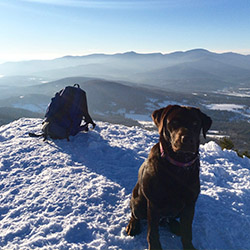