Very few private investigators in Vermont can match the experience Andrew Bartnick has earned throughout his career. A fully licensed and insured Private Investigator in Vermont and New York, he started his career at the Oneida County Public Defender’s Office in Utica, New York, where he worked on every type of criminal case, from petty larceny, to drugs, to arson and murder. He later moved to Albany, where he worked exclusively on death penalty eligible homicide cases, acting as the lead defense investigator in over 50 murder cases. None of them resulted in a death sentence. 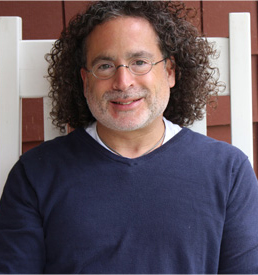 He moved to Vermont in 1999 to help start the Federal Public Defender’s Office, where he was the lead (and often only) defense investigator. During his time there, he worked cases brought by the DEA, ATF, FBI, ICE and Vermont Joint Drug Task Force Teams. His death penalty defense experience was put to the test when he managed the only two capital cases brought in this district since 2000. He left the public sector in 2014 to go into business for himself, offering a full spectrum of investigative services to attorneys and private citizens. Respected by his peers, he has been invited to be a presenter for the National Defense Investigator Association, The Vermont Association of Criminal Defense Lawyers, and the Vermont and New Hampshire State Public Defender’s.

He has a well-earned reputation for high ethical standards, compassion, and a keen sense of curiosity. He’s never lost sight of the fact that every case, every story, every life is unique, and deserves to be treated as such. He consults some of the best attorneys and investigators in the country, and uses an extensive network of contacts across the globe when needed.

He balances professional life with energetic pursuits and a great love of the outdoors. He is an avid hiker, skier, musician and yoga practitioner.